Following the budget, The Association of Superannuation Funds of Australia (ASFA) has said while not as substantial as the landmark reforms in last year’s Budget, this year’s package of superannuation-related measures announced by the government will nonetheless have a wide-ranging impact.

The government will extend current tax relief for merging super funds until 1 July 2020.

“Mergers of funds are one means by which they can realise scale efficiencies, so removing this significant barrier is welcome in a competitive superannuation industry that is continuously improving its efficiency and productivity,” he said.

“We will be seeking to have active input into any transition arrangements to ensure consumer protections are preserved and existing Superannuation Complaints Tribunal (SCT) cases are efficiently and equitably dealt with,” he said.

“It will be important for the new authority to have the necessary statutory powers to deal with super related disputes, particularly in the case of death benefits disputes, where decisions which are binding on all parties affected are needed.

“Superannuation has features that set it apart from other products. There is often great complexity in disputes and many parties may be involved, so it will be crucial to have deep specialist knowledge and expertise in any dispute resolution body.”

The government has outlined a new role for superannuation in addressing housing affordability issues.

“Funds may also be attracted to invest in social housing bonds issued via the announced bond aggregator measures,” he said.

“A deeper bond market is a good thing in opening up more opportunities for funds to invest.”

Dr Fahy also welcomed announcements that would make it easier for retirees aged 65 and over to monetise the family home in an orderly fashion to help cover aged care costs and improve people’s ability to invest in super to secure a comfortable retirement.

“Retirees will be able to make a non-concessional contribution of up to $300,000 from the proceeds of selling their home, from 1 July 2018,” he said.

The contribution can be made in addition to those permitted under existing rules.

“There will be some retirees who want to move to more suitable housing or put money aside from selling the family home to cover essential living or health care costs.

“This measure can improve flexibility and living standards in retirement, while boosting supply of family homes.”

Dr Fahy said a new first home super saver scheme would enable voluntary contributions to super and associated deemed earnings from 1 July 2017 to be withdrawn for a first home deposit.

“One potential benefit of this policy is that it will encourage young Australians to engage with their super earlier in life,” he said.

Dr Fahy said it would be important for the scheme not to involve any significant administrative burden on super funds because this would lead to higher costs for all fund members. In light of this, we will need to work with the government to address any administrative issues.

“ASFA recognises the importance of home ownership as a key pillar for achieving comfort and dignity in retirement, however the design of any new first home saving arrangement should never impose on the primary role of super being saving for retirement,” he concluded. 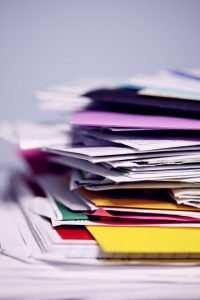 What Auditors Want – Hear it Directly from an Auditor 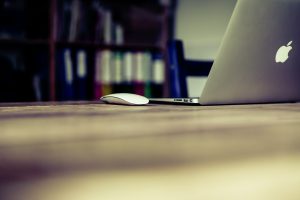