1. Annual reporting will impact the capacity to contribute

As we all know, SMSFs were provided with a blanket lodgement extension for the 2016/17 annual return.  Whilst this provided relief for those experiencing a more demanding workload as they tried to navigate Capital Gains Tax relief and Transfer Balance Cap commutation requirements it also impacted business as usual practices for making non-concessional contributions and to a lesser extent, minimum pension obligations.

Not only has the non-concessional contribution cap been reduced to $100,000 but significantly the cap, and any opportunity to bring-forward contribution amounts, is now linked to the member’s total superannuation balance at the preceding 30 June.  Individuals with more than $1.6 million won’t be able to contribute.  Therefore, the longer it takes to lodge the shorter the timeframe to make contribution decisions.

Ultimately, SMSF trustees will need to know how much superannuation each member has, across all superannuation accounts, prior to accepting a non-concessional contribution.  Clearly for those individuals who have nowhere near $1.6m, the total superannuation balance is not a significant issue, or is it?

So as can be seen, just by these two scenarios, the need for determining an individual’s total superannuation balance sooner rather than later will impact when and if contributions can be made and doesn’t just impact those with the highest balances. Further, if the Government’s proposal comes in allowing individuals to contribute in the year following their retirement post age 65 then this will also be measured against the total superannuation balance.

The impact of getting contributions wrong is not as significant as it once was but from 1 July 2018 all excess non-concessional contributions can only be refunded via the ATO.

2. SMSF Event based reporting is live

The total superannuation balance not only impacts an individual’s ability to contribute but it also dictates the reporting framework for transfer balance cap events.  This again brings fund administration practices under the spotlight as the ATO are using a $1m total superannuation balance to determine whether a fund reports annually or quarterly.

Whilst the idea of annual reporting may be appealing to many it may have unintended consequences on clients who have APRA funds as those funds are reporting against much stricter timeframes which could, in the instances of commutations, result in inadvertent breaches of the transfer balance cap.

3. Understanding when an actuarial certificate is required

As Trustees and Professionals start to prepare funds for the 2017/18 lodgement year it’s important to understand that the rules around when an actuarial certificate is and is not required have changed from 1 July 2017.

One question that must be asked each year is whether the fund is entitled to use the segregated method for determining ECPI. If a fund is ineligible, due primarily to the fact that a retirement phase member has a total superannuation balance in excess of $1.6 million, then the fund will be required to get an actuarial certificate.  This is true even if the fund only has retirement phase members.

Further, a fund that can segregate for tax purposes, or is deemed to be segregated and subsequently receives a contribution, requires a certificate for the year that excludes the segregated period.  All of this makes an already complex area more complex.

Transition to retirement income streams (TRIS) are on face value a simple concept.  However, superannuation reform has resulted in making the simple things more complex.  By removing the tax exemption on earnings supporting a TRIS, therefore making it excluded from the transfer balance cap, it created greater complexity when a member satisfies a further condition of release.

Given that certain conditions will now trigger that a TRIS moves from accumulation to retirement phase it also means it moves from being an exclusion to the transfer balance cap to a reportable event and then subject to event based reporting.  Ironically, once a member retires a TRIS is still a TRIS but is now a TRIS in retirement.

5. Death Benefit payments are subject to the transfer balance cap

Whether members are receiving a TRIS or an account-based pension or are still in accumulation, their SMSF estate planning is a moving beast.  The capacity to retain death benefit proceeds within the superannuation system is based on the beneficiaries capacity to receive a death benefit income stream and their personal transfer balance cap.  Whilst pensions can be established as reversionary or nominations can be put in place to pay a death benefit income stream, it will all come down to how much the deceased had in super at the time of their death (or at the time of payment) as to how much can be retained in the system.

As a result, estate planning is no longer a set and forget strategy – hopefully it never was.

Super reform has resulted in the SMSF landscape being more dynamic than it ever has been, and it’s only just begun.

This article was written by Tim Miller, Founder at Miller Super Solutions, on behalf of Chartered Accountants Australia and New Zealand. 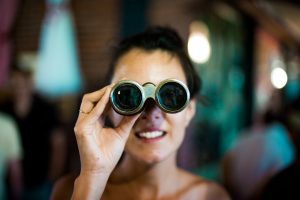 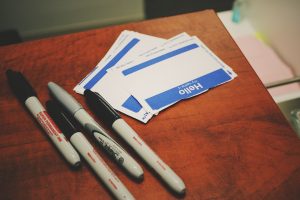 What do new Director ID Requirements mean for your SMSF? 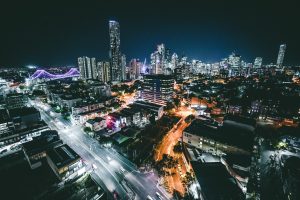 What you need to know about SuperStream Changes – October 2021